The Origin of Instant Noodles

The Origins of Instant Noodles:


Ending Global Hunger These days, we reach for a cup of instant noodles without thinking, for either a quick snack or a meal on the go. But in wartime Japan instant noodles were a staple food in the war torn country, a necessity for hungry and tired people.

It’s hard to imagine that what is nowadays a trivial consumer product began life in such a dramatic way feeding millions of very hungry people in a dangerous war zone. Even today of course, instant noodles continue to be a cheap, nutritious meal on the go but they remain of great benefit in disaster-stricken areas when food suddenly becomes scarce. Instant Noodles have been such a massive success that in a 2000 poll in Japan, the people chose instant noodles as the greatest Japanese invention of the century.

The Birth of Instant Noodles

On August 15th 1945, businessman Momofuku Ando was walking through the bombed wreckage of Osaka when the idea of freshly made but quick to prepare ramen noodles came to him. The offices and factory he built had been destroyed, and he was essentially left with no job or income. He noticed a group of people lining up outside a makeshift ramen stall and it dawned on him that ramen noodles were a great nutritious and universal comfort food.

Like many countries and for many years after the war, Japan struggled with food shortages and although Ando had become a bank president, the bank collapsed in 1957. He was unemployed once again. Now he knew it was time to realize his instant Noodle dream, to help his country feed its hungry, budget-conscious people with the belief that "peace will come to the world when all its people have enough to eat.” He spent years developing the ideal postwar food product, something with a long shelf life, tasty, but economical, easy to prepare and safe to consume.

Using surplus wheat donated by the U.S., Ando worked relentlessly to preserve fresh noodles into the dry, wavy blocks we know today. He never got the texture right until one day, by accident, he found out that frying the noodles in tempura oil dried them and created tiny perforations that made them cook quickly when rehydrated. After this, he created the "golden” mixture of salt and spices for extra flavor. At first, the locals shied away from the product because it cost slightly more than fresh noodle soup available at local ramen shops. But the incredible convenience of the noodles soon won them over. They soon realized that these new "instant noodles” were a satisfying and filling meal and so easy tao prepare! Just add hot water!

Sales skyrocketed quickly and soon Ando was in search for international distributors. On a trip to the U.S. in 1966, Ando had another eureka moment. During his product demonstration in a Los Angeles supermarket, he observed that people used their coffee cups as makeshift ramen bowls. Five years later, he developed a convenient, heat-resistant cup for his instant noodles. Instant Noodles Today According to the World Instant Noodles Association (WINA), (yes there is such a thing) around 100 billion servings of instant noodle soup have been sold worldwide in 2017. New Zealand ranks 35th on the list of countries with the highest demand for it, selling around 80 million units. Even to this day, Ando’s legacy proves its importance. Instant noodles are always included in every relief package sent to displaced or disaster-stricken communities. Instant noodles remain a great and nutritious hunger killer. Today’s consumers not only rely on instant noodles to tame their grumbling stomachs but also for the sake of novelty.

There are thousands of different noodle flavours on the market today, suited to everyone’s cultural taste and preference. Japanese people particularly have a high demand for novel ramen products, so much so that manufacturers offer 600 new flavours each year! Instant noodles are an unstoppable product.

That being said, manufacturers like Just Foods continue to develop products to satisfy everyone’s taste without the guilt. We’ve created instant noodles packed with flavor without added MSG and with a much lower sodium content. When Ando died in 2007, one of the former premiers of Japan labeled him as "the creator of a culinary culture that postwar Japan can be proud of.” A fitting description for someone who saved millions of people from hunger, and will continue saving lives long after he is gone. 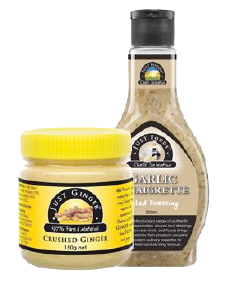 Talk to our Sales Manager.

Make a Meal of it! 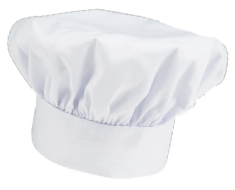